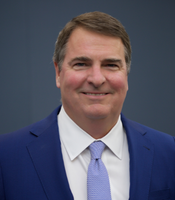 Mr. Bailly has served as Chairman of the Company since October 2006 and as Chief Executive Officer, President, and a director since January 1, 1995. He joined the Company in 1988 and served as a Division Manager (1989-1992), General Manager Northeast Operations (1992-1994), and as its Vice President of Operations (1994-1995). From 1984 through 1988, Mr. Bailly, a certified public accountant, was employed by Coopers & Lybrand. Mr. Bailly is a member of World Presidents’ Organization. As a result of these and other professional experiences, Mr. Bailly possesses particular knowledge and experience in operations, accounting, finance, mergers and acquisitions, and executive leadership within a manufacturing environment that strengthen the Board’s collective qualifications, skills, and experience. 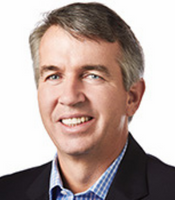 Mr. Croteau has served as a director of the Company since December 2015. Presently Mr. Croteau is the CEO of Surgical Specialties Corporation, a private equity-backed company that specializes in high performance wound closure products and surgical knives. Surgical Specialties Corporation has a global sales and marketing organization and operates manufacturing facilities in the United States, China, England, Germany, Puerto Rico, and Mexico. Mr. Croteau was the Chief Executive Officer of Vention Medical from January 2011 until March 2017, when he resigned in connection with the acquisition of Vention Medical by Nordson Corporation and the divestiture of the Vention Device Manufacturing Services business unit to MedPlast Inc. Vention Medical provides component manufacturing, assembly and design services for disposable medical devices, with fourteen facilities across the United States, Central America, Ireland and Israel. Prior to assuming his role with Vention Medical, Mr. Croteau was President of FlexMedical from July 2005 through December 2010. FlexMedical is the medical division of Flex (Nasdaq: FLEX), which provides manufacturing and supply chain services for disposable medical devices, medical equipment, and drug delivery devices. From July 2004 to June 2005, Mr. Croteau served as the Executive Vice President and General Manager of Orthopedics for Accellent (renamed Lake Region Medical in 2014 and now a division of Integer), a manufacturer of specialty components and finished medical devices used in orthopedic, cardiology, and surgical devices. From August 1999 to June 2004, Mr. Croteau served as an executive at MedSource Technologies, which was merged in June 2004 with UTI Corporation to form Accellent. As Senior Vice President at MedSource Technologies, Mr. Croteau was responsible for sales, marketing, strategy and acquisitions. Prior to entering the medical device industry in 1999, Mr. Croteau spent the majority of his career in various roles at General Electric, and working as a consultant for Booz & Company in Sydney, Australia. Mr. Croteau has a Bachelor of Science degree in mechanical engineering from the University of Vermont and a Master of Business Administration from Harvard Business School. Since May 2019, Mr. Croteau has served on the board of directors of Resonetics, a privately held micro manufacturing services company providing micro components to global medical device companies. From October 2014 to March 2018, Mr. Croteau also served as a member of the board of directors of Inventus Power, a privately held, global manufacturer of custom battery packs, chargers and portable power supply systems. As a result of these and other professional experiences, Mr. Croteau possesses knowledge and experience in manufacturing and design, particularly in the medical device industry, that strengthen the Board’s collective qualifications, skills and experience. 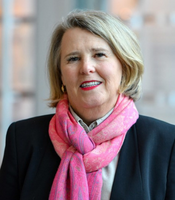 Ms. Feldmann has served as a director of the Company since June 2017. Since 2005, Ms. Feldmann has served on the board of directors of STERIS PLC (NYSE: STE), an NYSE-listed $10 billion provider of infection prevention, decontamination, and health science technologies, products and services. She is a member of STERIS’ Audit Committee and Compliance Committee, and was previously Chair of the Audit Committee. Ms. Feldmann also served from 2003 to January 1, 2018 on the board of directors of Hanger Inc. (NYSE: HNGR), a $500 million provider of orthotic and prosthetic services and products, and the largest orthotic and prosthetic managed care network in the U.S. Ms. Feldmann served on the Audit Committee, including as Chair of the Audit Committee, the Compensation Committee and the Quality and Technology Committee of Hanger. Ms. Feldmann currently serves on the board of directors and is the chair of the Finance Committee of Falmouth Academy, an academically rigorous, co-ed college preparatory day school for grades 7 to 12. Ms. Feldmann previously served as a director (and chair of the Audit Committee and as a member of the Nominating and Governance, Compensation, and Quality and Technology Committees) of Heartware International, Inc., a Nasdaq-listed medical device company, from 2012 until its acquisition by Medtronic in August 2016. From 2012 to 2013, Ms. Feldmann served on the board of and chaired the Audit and Compliance Committees of Atrius Health, a non-profit organization comprised of six leading Boston area physician groups representing more than 1,000 physicians serving nearly 1 million adult and pediatric patients. Ms. Feldmann was also a member of the board and served as Chair of the Audit Committee of Hayes Lemmerz International Inc., a worldwide producer of aluminum and steel wheels for passenger cars, trucks and trailers and a supplier of brakes and powertrain components from 2006 to 2009. She was the President and Founder of Jetty Lane Associates, a consulting firm, from 2005 until 2012. Previously, Ms. Feldmann served as Business Development Officer at Palmer & Dodge LLP, a Boston based law firm, with a specialty in serving life sciences companies. From 1994 to 2002, she was a Partner at KPMG LLP, holding various leadership roles in the firm’s Medical Technology and Health Care & Life Sciences industry groups. Ms. Feldmann also was National Partner-in-Charge of the Life Sciences practice for Coopers & Lybrand (now PricewaterhouseCoopers LLP) from 1989 to 1994, among other leadership positions she held during her 19-year career there. Ms. Feldmann was a founding board member of Mass Medic, a Massachusetts trade association for medical technology companies, where she also served as treasurer and as a member of the board's Executive Committee during her tenure from 1997 to 2001. Ms. Feldmann is a retired CPA and holds a Masters Professional Director Certification from the American College of Corporate Directors. As a result of these and other professional experiences, Ms. Feldmann possesses particular knowledge and experience in accounting, finance, and capital markets, and public company experience particularly in the medical device industry, that strengthen the Board’s collective qualifications, skills and experience. 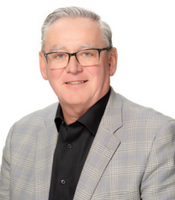 Mr. Hassett joined the Company’s Board of Directors in June 2022.  Presently, Mr. Hassett is Senior Vice President and Chief Operating Officer of the Maxim Business, a $2.5 billion business acquired by Analog Devices, Inc. on August 26, 2021.  Mr. Hassett joined Analog Devices in 1982 after graduating from the University of Limerick with a B.Sc in manufacturing engineering.  He has held various leadership roles of increasing responsibility during his tenure with the company, including VP of Manufacturing for Assembly & Test Operations; Senior VP of Global Operations & Technology; Senior VP of Industrial and Consumer Business, and Senior VP of Corporate Integration Management.  Mr. Hassett also holds a Master of Business Administration from the University of Limerick.  As a result of these professional experiences, Mr. Hassett possesses particular knowledge and experience in strategic and operational efforts related to merger & acquisition transactions and extensive experience as a global leader in revenue generation, operations, and engineering management that strengthens the Board’s collective qualifications, skills, and experience. 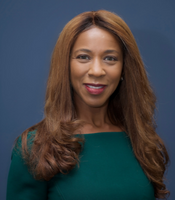 Ms. Hudson joined the Company’s Board of Directors in June 2022. Presently, Ms. Hudson is the President and CEO and Executive Board Member of Chapman Partnership, a $70 million nonprofit organization providing housing and comprehensive programs and services to the homeless population in Miami and Homestead, Florida. Ms. Hudson serves as an executive Board Member and on the Governance Committee for MTF Biologics, an Operating Advisor for Revival Healthcare Partners; and Ms. Hudson served as a Board Member for Baxter Foundation; and Board Member of Kohl Children’s museum from 2013 to 2016. From April, 2016 to January, 2018, Ms. Hudson was the President of Global Franchises and Innovation for ConvaTec, a $1.8 Billion international medical products and technologies company. From December, 2013 to March, 2016, Ms. Hudson served in various strategic leadership roles for Baxter, Inc., a $10.7 billion company that develops, manufactures, and markets products providing a broad portfolio of essential renal hospital products including home, acute and in-center dialysis; sterile IV solutions; and infusion systems and devices. Before joining Baxter, Ms. Hudson was the VP of continuous Improvement & Transformation for Hospira, Inc (now Pfizer), a $4 billion world leader in specialty generic injectable pharmaceuticals, generic acute-care and oncology injectables, integrated infusion therapy devices and medication management solutions. From May 2005 to July 2013, Ms. Hudson served as General Manager of Medication Management Systems, VP of Global Marketing for On-Market Product Strategies Devices, VP of Marketing – US Region Medication Management Systems, and VP of Continuous Improvement and Transformation. Between August 1999 and February 2005, Ms. Hudson served in various leadership roles for Aon Corporation, an $8 billion risk management, retail, reinsurance & wholesale brokerage, claims management, specialty services and human capital consulting services company; and Household International, an $8 billion financial service provider of consumer loans, credit cards, auto finance and credit insurance products in the US, UK and Canada. Ms. Hudson holds a Master of Business Administration from Harvard Business School and a BS from Alabama A&M University. She was recognized as a Top 50 Business Leader of Color in 2015. As a result of these experiences, Ms. Hudson possesses the knowledge and leadership experience, particularly in the medical products and technologies industries that strengthens the Board’s collective qualifications, skills and experience. 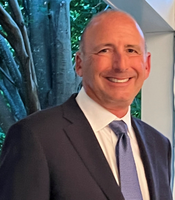 Mr. Kozin has served as a director of the Company since 2006. Mr. Kozin served as President of L.E.K. Consulting from 1997 through 2011 and as a senior Advisor from 2011 through 2018. In January, 2019, Mr. Kozin joined the board of Dicerna Pharmaceuticals, a leading developer of investigational ribonucleic acid interference (RNAi) therapeutics. In 2012, Mr. Kozin joined the board of Endocyte (Nasdaq: ECYT), a small molecule targeted therapeutic company that has since been sold to Novartis. In January 2014 Mr. Kozin joined the board of OvaScience, Inc. (Nasdaq: OVAS), a life sciences company focused on the discovery, development and commercialization of new fertility treatments that has since merged with Millendo Therapeutics. In January 2013, Mr. Kozin joined the Strategic Advisory Board of Healthcare Royalty Partners. Previously, Mr. Kozin served on the boards of directors of Dyax, Flex Pharma, Crunchtime! Information Systems, Medical Simulation Corporation, Brandwise, Lynx Therapeutics, Inc. and Assurance Medical, Inc. As a result of these and other professional experiences, Mr. Kozin possesses particular knowledge and experience in strategic planning and leadership consulting of complex organizations that strengthen the Board’s collective qualifications, skills, and experience. 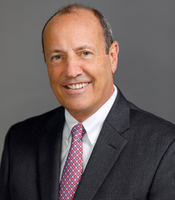 Mr. Oberdorf has served as a director of the Company since 2004. Presently Mr. Oberdorf is Chief Executive Officer and Chairman of SIRVA, Inc. a leading global provider of moving and relocation services to corporations, consumers and governments. From August 2010 through March 2011, Mr. Oberdorf consulted for Orchard Brands, a multi-channel marketer of men’s and women’s apparel for the 55+ market segment. From December 2008 through August 2010, Mr. Oberdorf was Executive Vice President and Chief Financial Officer of infoGROUP, Inc., which provides business and consumer databases for sales leads and mailing lists, database marketing services, data processing services, e-mail marketing, market research, and sales and marketing solutions. From June 2006 through 2008, Mr. Oberdorf was Senior Vice President, Chief Financial Officer and Treasurer of Getty Images Inc., the world’s leading creator and distributor of still imagery, footage and multi-media products, as well as a recognized provider of other forms of premium digital content, including music. From March 2002 through June 2006, Mr. Oberdorf was Senior Vice President, Chief Financial Officer and Treasurer of CMGI, Inc., a supply chain management, marketing distribution and ecommerce solutions company, where he served as a consultant from November 2001 through February 2002. From February 1999 through October 2001, Mr. Oberdorf was Senior Vice President and Chief Financial Officer of Bertelsmann AG’s subsidiary, BeMusic Direct, a direct-to-consumer music sales company. From January 1981 through January 1999, Mr. Oberdorf served in various capacities at Readers Digest Association, Inc., most recently as Vice President Global Books & Home Entertainment—Finance. As a result of these and other professional experiences, Mr. Oberdorf possesses particular knowledge and experience in manufacturing and accounting, finance, capital markets, and public company experience that strengthen the Board’s collective qualifications, skills, and experience.